Cheap beer and bingo- that will make me vote Tory!

The Tories have produced a post budget poster- and this is real it is not a PARODY! Hard to believe I know. 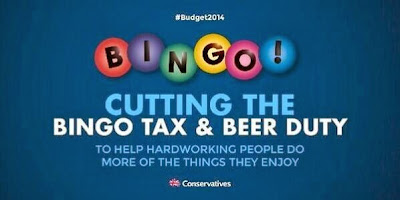 I have accused certain Ipswich Tories and even the Tory MP for the town, Ben Gummer of being patronising - I can now see it is a natural Tory trait.

So Tories make it possible for us to afford bingo, but at same time they reduce funding to libraries, make it harder for local authorities to keep museums open for free- They are the #outoftouch Party.

Within minutes a new version of the poster has been produced - hard hitting but maybe less damaging to the Tories than their own poster- taxi for Grant Shapps? 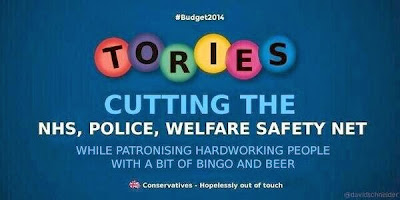 But are we happy with the budget? No, not even if we play bingo!