Shackleton - Solo - a hard way of marking leaving the army

When I left the army, I did not really mark the occasion with any sort of event and definitely not a physical challenge - that does not mean I turned myself into some sort of couch potato, since I left the regiment I have trekked and climbed in Morocco, Ethiopia, India (twice) Borneo and Peru and at the end of the year in support of Walking for the Wounded, I am walking solo back from Chelmsford to Ipswich, cross country at night – solo – more details here

But one of my former officers is marking his leaving the army with what may be the ultimate physical challenge, Lt Col Henry Worsley has decided to become the first man to walk across Antarctica – solo and unsupported! 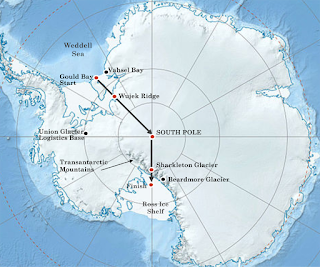 Henry is no stranger to similar challenges as he can already be described as one of the top living Antarctic explorers. His hero (and mine) is Shackleton not only one of the greatest ever explorers but without doubt one of the best leaders of men this country has ever seen. Henry is a distant relative of the captain of Shackleton’s ship. For me it was when i was in the Falklands that I discovered Shackleton and his book ‘South’ was my constant companion when walking over the Falklands. 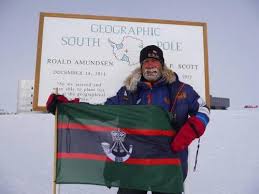 Henry (boss) Worsley has just arrived in South America on his way south, and you can keep up to date with his exploits on the expedition website – Shackleton Solo
Posted by Alasdair Ross at 15:19