This week the highlight has been attending the European Cyclo Cross Championships that were held in Chantry Park, Ipswich. There will be a few whinges about cost to the Borough and damage to the park. But for the amount of money it has bought into the town the cost was negligible. Every hotel room in town booked up was just one positive from the competition being held here. I for one would like us to try and get the World Cyclo Cross Championships in Ipswich. 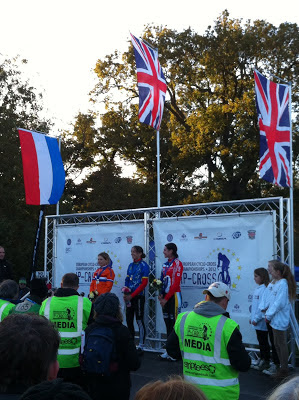 The day was rounded off by Helen Wyman winning the Women’s race, the first time GB has won the Gold.

The downside to the week has yet again been a post from an Ipswich tory blogger, Kevin Algar at ‘Riverside View’. Not only does he have to continue to call myself and other Labour Councillors stupid names he also fills his post full of lies. I was tempted to write a post showing that his latest post – about ‘stupid things that Alasdair Ross has said’ was just full of lies but then I looked at my diary for this week – Homecoming of the Anglians, a Military conference that would look at how we treat veterans and then Remembrance Sunday. 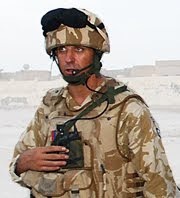 All those three events are more important to me than wasting time answering his stupid comments. On Sunday Ipswich will have an opportunity to remember our Armed Forces and in particular those who lost their lives in conflict. I will be at the cenotaph and I will also remember friends and comrades of mine who have dies in Afghanistan and Iraq – and if I showed Paul Harding or Mark Hale the comments by Algar they would just laugh and ask why I was bothering to even give him the time of day. They would probably print his comments off and put them all over the Sergeants Mess and the Operations Room so that our fellow Rifleman could have a laugh (at me). The point is no one would take his comments seriously – just a pity that his fellow Ipswich Conservatives can’t see the damage it does to their credibility as a serious political group in the town.

Malicious idiots like Algar who spout rubbish and lies only demean Ipswich Conservatives. If the leadership of ICA is too weak to keep them in order, only serves Labour Party's best interests. Not worth you bothering with them.

I said that Nadia’s blog is infinitely better than yours because most of the time you just tell us your week ahead and end with a paragraph full of nonsense about Tories.