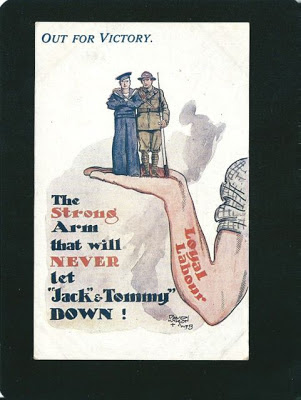 The Tory Government promised to repair the Military Covenant at the last General Election - no mention of forced redundancies, low morale and rusty submarines!

The Labour Government did not do enough for our Armed Forces but they were far better than this shower and since in opposition we have started 'Labour Friends of the Forces' that plus the positive steps to recruit former servicemen as Parliamentary candidates will ensure we are the party that will put the Armed Forces first.

Labels: Labour Friends of the Forces

I think it has gone back on the promises it made- the promises it used for the benefit of winning votes- and I say that as an ex soldier, I am working to improve the military covenant but I speak to my former comrades- many worried about being made redundant. Can you also tell me where in Rushmere never got an election leaflet?