Is Lord Ashdown right and is it time to leave Afghanistan?

I missed the interview with Lib Dem (and ex Royal Marine) Lord Paddy Ashdown about his opinion on the present conflict in Afghanistan. 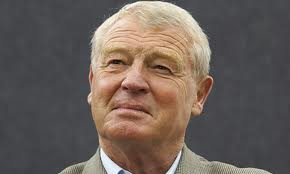 His opinions are listened to by many- understandably due to his previous roles in the Balkans and his past as both a leading politician and ex-servicemen. But his opinions have not been appreciated by senior Military leaders.

In ‘The Times’ today, General Richard Shirreff is critical of Lord Ashdown and believes we should stand firm in Afghanistan as we are winning. As he states, Lord Ashdown is wrong to say we have lost the war, and now we must finish the job.
General Shirreff is a very senior General currently holding a senior post in NATO. He should be listened to. I agree with him, we are making a difference and we can bring some form of peace and stability to the region.

Ex-servicemen may have a better understanding on what is happening in a conflict, but you do have to be there to really understand what is happening. So why should I be listened to rather than Paddy Ashdown? The longer you are out of the forces the less you know what is currently going on, sometimes a little knowledge can be dangerous and lead you to the wrong opinion. I left the forces many years after Lord Ashdown left and then went back in 2009 to serve in Afghanistan, so I feel I have a better understanding of what is going on and what soldiers think. I still have friends serving and my younger brother is an apache pilot who has also served in Afghanistan.

General Shirreff, highlights the success we have had in Nad-e-Ali, there has almost been no violence there this year and it was only in 2010 we suffered significant casualties in that area and we only really started operating in the area in 2009. 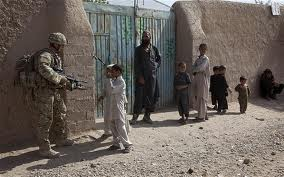 I am often asked by BBC Radio Suffolk and the local paper for my views on the conflict in Afghanistan. My opinion has not changed – we need to stay and finish the job. Often I sound like a lone voice, it is understandable that families of our servicemen and the British public in general wish to see our brave soldiers home, they do now want to see or hear of anymore more bodies being repatriated. But we rarely hear from serving soldiers- they have an opinion but tend to stay quiet

So I welcome the interview that Richard Shirreff has given and I agree with him. But I am concerned that Mr Hammond the Defence minister, or William Hague or even the Prime Minister have not commented on Lord Ashdown’s views. So what do the Tory Ministers think? Do they have a plan? More serious maybe should be the question- are the views of the Generals the same as the Ministers?

My concern is that when we get near the General Election, the Government will announce a withdrawal of British troops and this will be welcomed by the British public (and become a vote winner) but it will leave Afghanistan in a state of turmoil and violence will return to all parts of this poor country. Once our departure is announced, the Taliban will increase their attacks, we may even see a rise in British casualties.
If we do leave without the job complete, what will those 300 soldiers who have lost their lives died for then?

General Shirreff is right and Paddy Ashdown wrong – but the biggest worry for me is what do Cameron, Hague and Hammond think?

I agree with you Alasdair, but I thought we'd already announced, like the American's, that we're coming out in 2014? I don't think I've seen that policy change.

In all reality now the American's are pulling out in 2014, is it even practical for us to remain beyond that date? Do we have the capacity to carry on this sort of operation without the backup of the rest of Nato, predominantly the US Military?

The Americans and the UK have said we will leave - but there must be an exit plan - how many British troops will stay behind to continue to train and mentor the ANA?
You would think that Paddy Ashdown would know some details from Clegg but I have a feeling that the Lib Dems are keeping well away from Afghanistan and the Tories are happy for it to stay that way.
But if a senior General is saying, stay and finsh the job - what do the politicians think? Is there an exit plan?