Inverness Road - Prefab residents happy that their homes will be refurbished 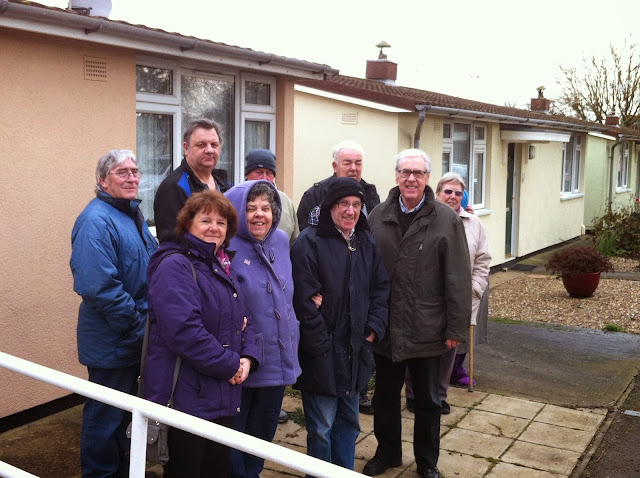 Yesterday I joined Cllrs Sandra Gage and John Mowles in Inverness Road, Ipswich. It gave us a great opportunity to meet residents of the prefabs. These great homes were built just after the war and their initial lifespan was believed to be between 10 and 20 years but they have lasted much longer mainly due to the loving care they have been shown by the residents.

Whenever one becomes vacant it is not long till a new residents moves in, we call them prefabs but to residents of Inverness Rd, Humber Doucy Lane and Sidegate Lane these are just homes – much loved homes.

Residents love their homes because they are bungalows, they have great garden and they are so close to the countryside. It is obvious to any visitor that the prefabs are much valued by the residents and it is also obvious that the Tory Councillor for the ward, Cllr Judy Terry has not spoken to residents very often in her two terms as a councillor, if she had she may not have come up with the idea of knocking them down and replacing with a large amount of houses and a care home.

Her announcement last year that she had taken senior County Tory Colin Noble around the area and discussed with developers a proposal to build a care home had caused a great deal of alarm and anxiety amongst residents many of them our more senior members of the ward.

So it was not a surprise to find residents in such a good mood this week after they had heard the news that Ipswich Borough Council are just about to spend a considerable sum on re-furbishing these much loved homes.

A surveyor will visit the prefabs and homes will then be assessed with many receiving new kitchens, walk-in showers and new roofs.

Cllr Sandra Gage is also urging the Tory run County Council to do some much needed remedial work on the grass verges in the area.

The mention of the name Judy Terry did lead to one suggestion on how to fill in the deep ruts in the grass verges but not sure that would be legal!

It seems residents have not forgotten the scaremongering antics of Tory Judy Terry and I am sure many of them will make sure they use their vote in May and it will not be for Cllr Terry!