So I am a champagne socialist

Over the last few years I have got used to nasty attacks from various local Tory supporting blogs and even today a couple of Ipswich Tory activists have been amusing themselves by calling opponents names (all very grown up!)

But what I didn't expect was such a nasty attack from the official Ipswich Conservative website, now maybe I should not complain as I had been critical of their website as it had not been updated for 12 weeks. But they have used their third post of 2014 to accuse the Labour Party of being hypocritical, I do not agree with them but they are entitled to their own view but what I can't understand is when they make an attack on a councillor that brings his employer into the equation!

Whoever wrote the post indicates Mr Cameron was not allowed to used the word 'hypocrisy' as it was ‘unparliamentary’, but then goes onto say as they are not governed by the same structures, they can say that it is hypocritical of Ed Miliband to criticise those who are wealthy.

Fact is they can say what they want as they are not honest or brave enough to put their name to the post on the website, not that it is hard to work out who was behind the article.

The post then makes what seems an attack on me:

The anonymous Tory states: "Unfortunately, in Ipswich, the ‘middle classes’ also include hypocritical champagne socialists. These councillors live in nice houses, take home large salaries (some teaching at the best private school in the town – how’s that for hypocrisy!) whilst cutting living standards for the lowest paid people working for the council."

Well I do work at Ipswich School, but I am not a teacher and certainly do not take home a large salary. Also, I am not sure that my employer will be happy that their name has been dragged into a political argument in an attempt to score a cheap political point.

Now I will admit, I do like a glass of bubbly and must have had at least 4 glasses in the last 10 years! I did once share a bottle but that was sat in the former secret police headquarters in Pristina, as I celebrated the first hours of the 21st Century with fellow Rifleman in Kosovo.

Trouble is this unwarranted attack just makes me more determined to not only work hard to increase our Labour majority on Ipswich Borough Council in May but to spend as much free time as possible to ensure that we return a Labour MP to Westminster in 2015.

Do I expect an apology? – No. Do I expect someone to admit they wrote that post? – No.

A picture paints a thousand words – I will let you decide who spends the most time drinking champagne! 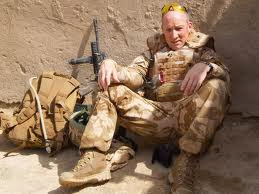 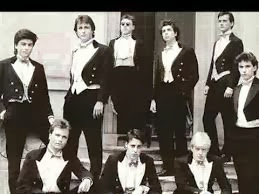 Funny never remember drinking champagne in the 3 RGJ Sgts Mess, a pint of bitter or a bottle of Becks in Germany maybe! !

so my comment has one question and one statement - like the true politician that you are you ignore the question and reply to the statement this is why you and your kind are held in such low regard. May be you should Google what a champagne socialist is, then you will be able to responded with intelligence

Still anonymous then, something else we never found in a Sgts Mess - we tended to tell people our names- whilst having a pint ....of beer!