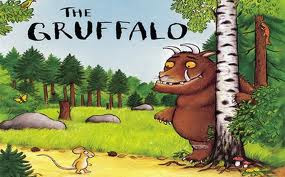 Yesterday was National Library Day and the staff at Rosehill Library put on another great day of events, there were similar activities over in west Ipswich at Westbourne Library.

But there are still many concerns about how our libraries in Ipswich will survive, the Tory County Council have pushed through their plans to run the service as an Industrial Provident Service. Now you would think as a Labour member,I would be right behind a co-operative type movement running the service. But there are so many un-answered questions about how exactly they will run. The appointment of Clive Fox and other board members by Judy Terry will not help as Fox and others have been very critical of the groups that were set up to help save the library service.

But is is not just in Suffolk that we have problems, it seems the Tories nationally are running down every library service. This has led to The children's laureate's Julia Donaldson writing a poem protesting against planned library closures across the UK.

The Gruffalo author wrote a 22-line rhyming couplet which includes the lines like "Read that book, and if you're bitten, you can borrow all the other ones the author's written".

Donaldson, 62, said she wanted to make a serious point in a fun way.

The author's poem, released to mark National Libraries Day, describes them as places to "meet your heroes, old and new, from William the Conqueror to Winnie the Pooh".

She finishes by saying: "Yes, come to the library! Browse and borrow, and help make sure it'll still be here tomorrow."

Donaldson said it was more interesting to write a poem about her love of libraries than write "an earnest article" about it.

"If we lose libraries, we would lose readers and we would become a less literate country," she said.
Posted by Alasdair Ross at 13:46